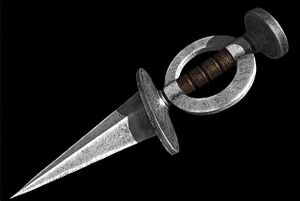 The Riven Daggers were written into the Riven Descriptive Book by Catherine to provide a distraction during Atrus's battle with Gehn. They were 10 to 20 feet in size, and each of different design.

The dagger that appeared next to the Star Fissure on Temple Island is the most well known of the five daggers. The likeness of this dagger was adopted by the Moiety, a group of Rivenese who witnessed Atrus's battle with Gehn. Known as the Moiety dagger, it came to symbolize the struggle against Gehn. The Moiety left mini-daggers scattered throughout Riven to remind others of their presence.

Another dagger fell onto Gehn's temple, causing its destruction. Gehn later built another temple on top of this dagger. By the time of the collapse of Riven, the dagger is no longer visible, but is presumably buried somewhere on Temple Island.

Near the clear-cut area on Jungle Island, this dagger took the form of a massive axe. It can be easily mistaken for one of the axes responsible for cutting down the jungle, but this axe is embedded in stone. 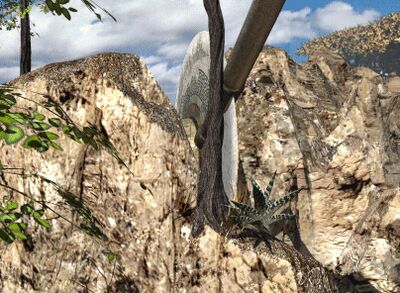 Deep in the jungle on Jungle Island this dagger was hidden just off the path. A mini Moiety dagger can be found here as well, suggesting that the Moiety were aware of this location. 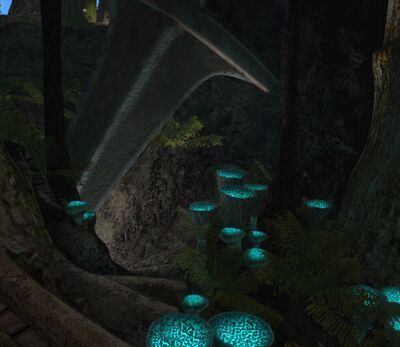 Another dagger became embedded in the wall of a fort-like structure that Gehn had built on what later became Survey Island. The dagger caused the wall to crack significantly. It appears that Gehn took advantage of the situation, perhaps to make it look like he planned the daggers to begin with. He built an elevator shaft inside the crack, and suspended a walkway from the dagger to overlook the rest of the island. 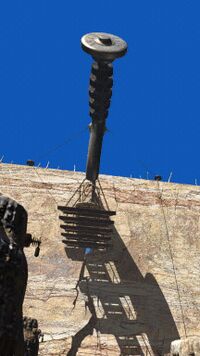 A model of the Fissure dagger is hanging on a wall in Cyan's studio. It was made by Adam Savage (of MythBusters' fame) for the endings,[1] but the scene was eventually made in CG.[2]