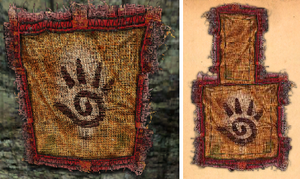 Yeesha chose the following Ages for her first Journey:

Both Eder Delin and Eder Tsogal have cloths similar to the Journey cloths; their purpose and relationship to Yeesha's journey is still unclear.

The second Journey involves two identical time-based puzzles in two different D'ni Ages: Eder Delin and Eder Tsogal. These Ages can be accessed through any neighborhood, though only one of the two Ages can be found in each neighborhood.

The third Journey is entirely situated on one Age, though to those unfamiliar with these places, they will appear as four different pod Ages. It revolves around Portals.